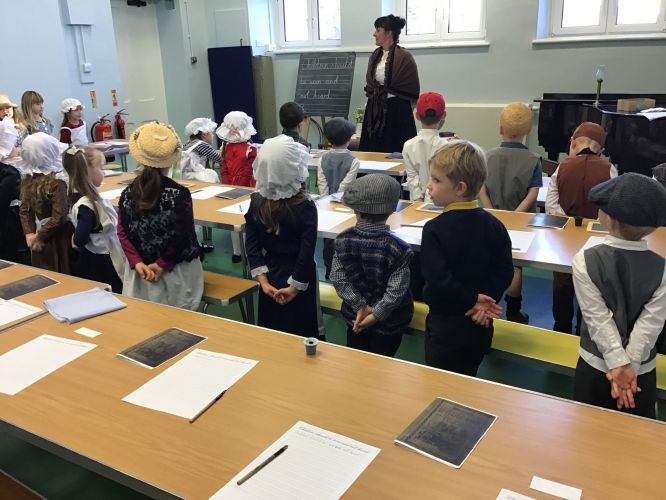 Today we celebrated the 125th anniversary of the oldest part of our original Michael School building! We dressed up as if we were pupils and teachers on this day in 1894 when the school 'opened up its door' as in our school song. We took part in Victorian school lessons led by Jo Callister and also attended 'drill' in the afternoon. Everyone was presented with a packet of sweets and a yoyo to take home too. We have had such a fantastic day- head over to our gallery page and also our 125 anniversary page for many more photos!